Why is it that Socrates’ lamentation about this new invention, the writing, sounds so familiar to us that by just changing a few words we can turn it into a present day curmudgeon’s whining about computers and the Internet? They are the same arguments, more or less: the younger generation will no longer use their memory (or their brain, even) when everything is written down (or on the web), they will gain lots of information but no knowledge, and then basically turn into twats, full of conceit and showing no respect for their elders.

It all comes down to paradigm shifts. It is interesting to note that this new invention wasn’t very new at all when Socrates did his moaning. The written word had already then been around for some 2,500 years or more, so why complain now? What Socrates most likely saw was that societies were now more or less dependent on writing for their survival. What started out as simple recordings of how much wheat was stored in this or that room had turned into the very foundation upon which the state was built and relied for its survival. It probably took a couple of thousand years for the invention to catch on and by the time Socrates was philosophizing there was no going back. You can’t undo something that has had almost 3,000 years to gain a stronghold on every part of society, and when you realize that, especially if you don’t like the way things are heading, it gets scary.

The first great paradigm shift in communication was when humans started talking. The second took place some 100,000 years later when we started to rely upon the written word. The third, and so far the last, occurred after another 2,000 years when Gutenberg invented the printing press (never mind that it had already been invented in China around 200 A.D. and 500 years before Gutenberg a single printer could produce 2,000 double sheets of Confucius a day…). What was Gutenberg’s invention all about then? What was its real significance that changed the world into what it is today? It didn’t have so much to do with reading and writing as with mass communication.

Some claim that our most recent paradigm shift happened in the 1990’s with the Internet and the PC becoming household objects. I think that is wrong. What invention could change the world in less than 15 years? Change the way we talk, read, write, communicate? The way we think, even? Remember that it took more than 2,000 years for the written word to accomplish this. Could the computer do it in a decade? No, it’s more likely that the world we live in today, the Internet era, started already in 1448 when the tool for producing innumerable and relatively cheap copies of texts was put into practice. It is only now, 600 years later, that we can fully acknowledge what it was that Gutenberg started; it is only now that mass communication has become the foundation upon which the state is built and upon which it relies for its survival.

“But wait,” says our present day Socrates. “I don’t think I like this. Can we go back? Can we stop using the Internet? I just want to read my books and write my letters. By hand, if you please.” It is not as simple as that. It is not about returning to 1990. It is about going back to 1448 and uninvent the printing press. Care to give it a try, do you? 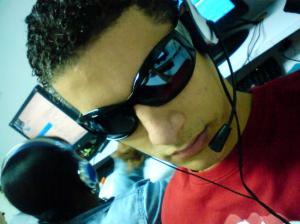